Sundays are often pretty laid back, lazy days for us. Aside from running a few errands, hitting a handful of open houses (as in viewing houses for sale) and visiting my in-laws, the highlight of our day is low-fat breakfast sandwiches and coffee at Starbucks. Up until recently, my husband never cared much for coffee. He's always been a beer and wings guy.


For the first six years of our relationship, I'd beg him to stop at Starbucks and sit with me for a few minutes. I know "cool" people hate Starbucks for being the big, ugly demon serving up overpriced, bitter coffee and putting the little guy out of biz. I won't deny you your opinions, but there's something about Starbucks I truly love despite the negs. The warm feel of cupping a toasty latte sprinkled with cinnamon and sugar in the raw on a chilly morning is heavenly to me. Sipping an ice brewed Starbucks passion tea on a hot summer's day - nothing beats it!


OK, back to the topic. I think every Sunday I'm going to make a list of several things that complete the sentence, "Remember when" ... Today's theme will be franchise eateries. As always, feel free to comment and include a bunch of things you remember! I love reading what you all have to say :-)

1. Taco Bell only had like three items on their menu? According to Wikipedia, the first Taco Bell franchise was opened in New Jersey in 1964??? Seems wrong. I remember in the early '80s in Lynbrook, New York, as little kids, we'd feast on hard beef tacos and those toasty sweet cinnamon crisps. This was way before the chicken soft taco or Nachos BellGrande. 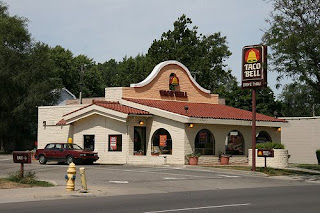 2. Speaking of Taco Bell, we didn't have Qdoba or Chipotle. If we wanted Mexican, it was either a nice sit down independent Mexican restaurant or the hard tacos at Taco Bell. 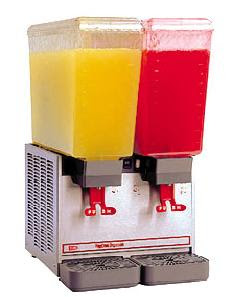 3. Dunkin Donuts only had coffee and donuts. They didn't serve tuna on a bagel or flatbread sandwiches. As a kid, my favorite item from Dunkin Donuts was the fruit punch. It was stored in this big plastic, see-through dispenser and probably filled with bacteria, but it was deliciously icy old and sweet.


4. Most of McDonald's sandwiches were served in Styrofoam cartons. As we became more environmentally conscience, so did the fast food industry. In high school, I actually stared a petition and gathered over 200 students' signatures asking McDonald's to please package their burgers in paper similar to the burgers at Wendy's. 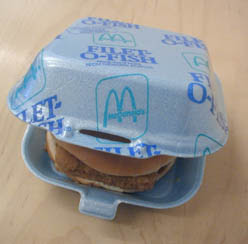 5. In the late '70s and '80s, there wasn't Macaroni Grill, Olive Garden, Applebee's or Ruby Tuesday's on Long Island. Though many of these chains existed in other parts of the country, the only big "sit-down" chain restaurants we were familiar with were Pizzeria Uno's, Houlihan's and Bennigan's.

6. In the '80s, movie theaters only had popcorn, candy and soda -- maybe hot dogs depending on where you went. Today's kid can chose from chicken fingers or nachos while taking in a movie at a Sony Theater or Clearview Cinema.

7. If you wanted ice cream back in my day, you had standard offerings at local creameries, Carvel, Baskin-Robbins and Friendly's. Now there's crafty confections from Cold Stone Creamery, Maggie Moo's and much more. We didn't have Cake Batter flavor back then!

I support small local coffee houses, nothing beats them, but I must admit that there is something about Starbucks that is just so damn inviting! The music, the couches, the cool people... now I want a Frapaccino.

Regarding #7, my fave place for ice cream was Dairy Queen, but they didn't have one in my town. We'd go to DQ when we visited my grandparents in Chatham on Cape Cod.

LOL I was never allowed Taco Bell, we went to ChiChi's!
I remember when chicken mcnuggets came out,they had an asian sauce with chopsticks! Remember Astrosniks? The little green alien collectables in the Happy Meals! I had a ton

@Kerri-we don't really have that many near us and the one in our town closes at 5??

@Joe-There's a DQ somewhere around here, but I think I've only been there once as a kid on vacation. Ha ha!

@Lisa Marie ChiChis! I think I remember this place - it was a chain! I totally forgot about it. Those little aliens sound familiar and I do remember when they had "limited time only" Asian nugz!

As opposed to say, smacking them upside the roof or robbing them?
*smirk*

I remember when those tacos could be purchased for a few dimes. Curse you inflation! You wanna see bad, the Dunkin' Donuts in TN has about a third the usual selection. They don't even have peanut donuts. Criminal.

Here's an old Jersey chain restaurant that was big: Ground Round! I had my 5th birthday party at the one in Belleville. I haven't thought about it in years.

I remember twenty five cent hamburgers and fifteen cent fries at McDonald's in the early 1960's. (I'm starting to sound like my grandmother who always talked about the nickle loaf of bread.)

I also remember Howard Johnson's...28 flavors of ice cream and the greasiest hot dogs I've ever eaten, but my mother insisted they had the cleanest rest rooms and when we drove to Florida that's where we always stopped.

And I remember Taylor Ham or Taylor Pork Roll which is difficult to find in Texas. Best egg sandwiches are made with the stuff.

I remember all of these things!! Makes me feel a bit old and cramped, but hey, at least I only had a few choices in my youth, where now it feels like there is too much sometimes!

Remember Bob's Big Boy? One of my veyr first blog posts, nearly 1,000 posts ago, was a memoir of taco bell, which i now refer to as taco hell, as i've gone benedict arnold on the joint and now opp for the bueno.

I know I'm dating myself here, but does anybody remember "bell beefers" at taco bell? It was a taco (w/onions)on a hamburger bun. Best thing they ever offered.

Like your blogs and think I'll tag along for a while.
good job!

I remember Taco Bell for their Chilitos and White Castle for their sliders both at 2 am after a night of partying. I can't eat at either place anymore.

Do you remember Burger Chef? I don't know if they were national or not, they were a chain though that I went to in St. Louis when I was a kid. In the seventies, when I became a vegetarian hippy (there weren't many vegetarians in the midwest so I was thought of as an alien, I also had my nose pierced, so yeah, I was an alien) Anyhoo.... when I became a vegetarian I used to go to Burger Chef and order a cheeseburger and then tell them to hold the burger so I would get cheese on a bun.
Why you ask? Well, at Burger Chef they had a burger bar, where you could take your burger and add all the fixings, as much as you wanted, to your burger: lettuce, tomato, onion, pickles, relish. I would make myself an awesome cheese sandwich for fifteen cents, which is what they charged you for cheese on a bun. They really loved me in St. Louis, which is why I moved to Las Vegas.

@Aine - I don't recall Burger Chef - it sounds west coast or something. Roy Rogers had an awesome Fixins bar. When I was a little kid, like five, I loved Arby's. There are some Arby's around - there's one in our shopping mall.

Remember Choco Tacos at Taco Bell?! I miss those.

In Detroit, where I grew up, I don't actually remember having a Taco Bell or a Del Taco. The only tacos you could get were from Kroger or Farmer Jack - Old El Paso make 'em at home and grate your own cheddar cheese!

Please do a Remember When about breakfast cereal! Remember Halfsies?! or Boo Berry?! Those were the days.

@Rebekah - I think I have written about old cereals. I'll search for you! If not, I promise to!

burger king's king wasn't a scary plastic head, but a scary guy in a king outfit? I loved ground round! with the movies/cartoons in the kids area, and the endless popcorn...and when MTV only played music videos??

Mom and I like Starbucks too. When we were kids we loved going to Carvels or Magic Fountain for ice cream. We'd go to Friendly's sometimes but didn't like it as much as these 2 places. We were sad when Magic Fountain closed down.