Silly Putty has a very extensive history. For me, however, Silly Putty was a traditional gift my brother and I would receive in our Easter baskets or Christmas stockings. Silly Putty -- still available in most toy stores or through Amazon -- was fun for about ten minutes, tops. My favorite thing to do with Silly Putty, was to press a flattened putty on newsprint and gawk at the print remaining on the Silly Putty. Uh-duh?

Yes, I know Silly Putty has a place in our hearts and memories, but much like Slinky, it was sort of a lame toy. You gotta admit that.


In October, 1984 I was 12 and head-over-heels in love with Ralph Macchio. Back in June of that year I was smitten after Karate Kid. The first thing that comes to mind when I think of 1984 is Ralph Macchio. Even my name was sort of borrowed from Elizabeth Shue’s character who sweetly tells Daniel her name is, “Ali with an ‘i!’” I was, “Ally with a ‘y.’” I told all of my new friends at Girl Scout camp that summer.

Once Karate Kid was no longer in theaters, I kept my eyes glued to the teen magazines. I anxiously awaited the 411 on Ralph’s next film. Tiger Beat and 16 were all abuzz about Teachers, a movie costarring Nick Nolte and Judd Hirsch. Big deal, Ralph Macchio was the only guy I cared about.


Teachers centered around a rough and tough high school filled with delinquents. The trailer was peppered with shocking, explosive classroom scenes we suburban kids never actually witnessed in our own quiet, sleepy schools. Well, at least that’s how it was for me back then. My dad taught high school on Long Island and has some wild stories of  '70s and '80s gangs and whatnot.

The point of this blog is to share with you my childhood heartache. Teachers was RATED R. I wasn’t allowed to see any RATED R films. I remember my mom (also a teacher) telling me, "You aren't even close to the appropriate age for an R-Rated movie. It just wouldn't be right for a child to see such adult content."

The tears and diary entries caused by this tragic event were unbelievably dramatic. My life was over. I was like a Justin Bieber fan without a concert ticket. It was probably the most devastating travesty during the fall of 1984. Ralph, how could you do this to your young fans? That was the end of my crush. I believe I was all about Growing Pains’ Kirk Cameron from then on.


"Butterfly in the sky! I can go twice as high!" ... "Take a look! It's in a book! A reading rainbow!" We loved the song. We loved the graphics. We loved to read thanks to Reading Rainbow. Reading Rainbow, hosted by the lovable LeVar Burton, is an award-winning (26 Emmy Awards!) 30-minute PBS TV program. LeVar recently told Mashable that a Reading Rainbow app and more is coming soon for today's readers. 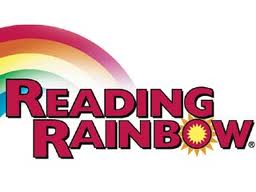 
Growing up on suburban Long Island, there was nothing more exciting than a McDonald's birthday party. It was basically a rite of passage. My brother and I both had one when we turned six. I remember the choice of cheeseburger or plain hamburger with fries. They did not have nuggets back then.

I LOVED the phenomenally delicious chocolate cake with white icing. If I close my eyes, I can still see Ronald McDonald’s smiling clown face staring back at me. His gloved hand wrapped tightly around perky colorful balloons. I remember making a wish that Ben would fall in love with me that year. Instead he tore up my birthday invitation. Oh well. I was a weird kid even back then. Who has crushes in first grade? Me of course.

Anyone remember having a birthday party at McDonald’s or playing in their hometown’s old school retro McDonald’s playground?

Friday Night Videos was a staple for most American teens throughout the '80s. The first thing that comes to mind for me are sweet memories of sleepovers with friends. We'd set our hair in those long colorful rollers, wash down Doritos with New Coke and of course, tune in to the hottest videos from Van Halen, Tears for Fears, Madonna, Billy Joel and more.

Land of the Lost - Chaka!

Sid and Morty Krofft's Land of the Lost first aired on NBC between 1974 to 1976. I was too young for the original broadcast, but remember watching the show after school at Grandma's in the early 1980s. The show focused around Rick Marshall and his two children, Holly and Will and their strange encounters into the bizarre prehistoric world they fell into.

I wasn't a big fan of Land of the Lost, the corny special effects and the family's adventures outsmarting dinosaurs and cavemen. One particular caveman they befriend is young Cha-ka or Chaka. This freaky looking beast scared the heck out of me. Check him out.

View the intro video to refresh your memory.

Gnip Gnop Game from the '70s


Introduced by Parker Brothers in 1971, Gnip Gnop was ping pong spelled backward. The object of this two-person tabletop game was to hit tall six balls into your opponent's side first. Although I was very small when this game was popular, I know I've played it. I'm guessing someone's older brother or sister had it.

The other day someone mentioned Ginsu Knives and this vision of a man's hand karate chopping a tomato came rushing back to me. Ginsu were serious knives that could handle anything. They could slice and dice anything in, not just your kitchen, but your garage. Tin can? Lead pipe? No problem.

If you were a '90s child you were still exposed to the tomato karate chop, but a shoe and a pipe are also sliced with ease. Remember this commercial? Check it out.

Did your parents own a Ginsu? I never knew anyone to actually buy them, but years later my husband bought the Ron Popiel Six Star Knives. Ron Popiel was part of the original Ginsu crew, but sadly in 2007, Ron filed Chapter 11.
at 7:59 AM 7 comments:

I honestly have no recollection of when these vintage mini pianos were popular, I'm guessing very early 1980s or late 1970s. I'm having trouble finding any info about them. They came in pink for girls and blue for boys. They were packaged in a little inexpensive plastic case which included a simplistic music song book.

Please post a comment if you had one or recall seeing them back in the days. I'd love to find one of these Electron Echo tiny mini pocket keyboards.
at 11:49 AM 25 comments:

We are Flintstones kids, 10 million strong, and growing!


Growing up, I remember popping Flintstones chewable Vitamins every morning. I also remember that they didn't taste as good as baby aspirin and they're definitely not as tasty as today's gummy vitamins. Miles Laboratories first introduced Flintstones Vitamins way back in 1968 (acquired by Bayer in 1979) and they are still popular with kids and parents today. The vitamins were the most successful product spawned from the Hanna-Barbera Productions.

I'm surprised to see that Flintstones Vitamins are still going strong and are even being advertised with the old school late '80s commercial jingle, "We are Flintstones kids. 10 million strong and growing!" I always loved the little kid at the very end. They would sweetly sing (solo) "... and growwwwwwing."

Cool fun fact: Martin "Marty" O'Donnell is the awesome composer behind the famous Flintstones Vitamins jingle. His children were part of the children's choir heard in the original commercials. He's now known for sound design behind video games such as Halo.

Check out Martin O'Donnell's classic jingle in this 1987 TV commercial for Flintstones Vitamins.