Due to the overwhelming response I received with regard to my Child Stars Turned Stone Cold Foxes post two weeks ago, I bring you the second edition. Male readers complained my post was lacking ladies, so I've tossed in some hot chick foxes, er, vixens this time, so no whining. Okay guys?


Christian Bale--from cute to crazy, sexy, cool...  Name one preteen girl who could resist the charm and British accent of a wise-beyond his years 13-year-old Christian Bale in Steven Spielberg's Empire of The Sun.
Recent movies include: The Dark Knight, Public Enemies and The Fighter. 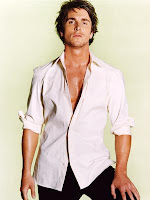 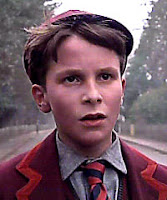 Jamie Bell--from ballet boy to brilliant! We first laid eyes on this14-year-old Brit as he danced his way into the hearts of fans everywhere in Billy Elliot.  Today he's smokin' hot at a very legal age, 24.
Recent movies include Flags of Our Fathers and Jane Eyre. 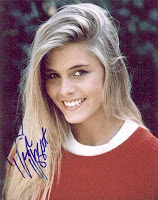 Soleil Moon Frye--from the lovable 8-year-old pip squeak Punky Brewster, to sophisticated hot mama.
Soleil is known for having a breast reduction and her raspy voice.
Recently appeared in For Better or for Worse. I follow her on Twitter. We're tight like that. 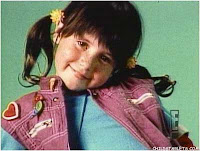 OMGosh...I didn't know that Bale was the kid in Empire of the Sun!

I think Punky became downright striking as an adult.

Sorry, but I can't see her as attractive. I must be true to my 8 year old self.

Guys I can't comment on, the gals you chose are commendable. Though I probably would've also gone with the chick from the Love Boat "vicky," but she's like what now? 48?

Omg. I'm like Amber, I had no idea the boy from Empire Of The Sun (one of my favorite movies) was Christian Bale! I just saw him in 3:10 To Yuma, and I had seen him in The Mechanic, and some other movie, too. He's charismatic.

I saw Billy Elliot but haven't seen him in anything since he's grown.

I just happened to catch Panic Room, or part of it, on tv, and the little painfully pre-adolescent girl in that is...Kristin Stewart. Who knew?

You know who else grew up beautiful, is the youngest gal from Party of Five. I forget her name.

I found you through my Twin, Riot Kitty. :-)

Loved Empire of the Sun!! When he would start singing it would just melt my heart. :)

Thanks for stopping by. Hope you got a cupcake to satisfy that craving! :)

How I lust after Christian Bale.... seriosuly... the scene in American Psycho when he is admiring his sexual prowess in the mirror... ahhhhhh

I haven't seen Jamie Bell in anything since Billy Elliot. But that now picture...guh.

Jamie Bell...
Is it just me or does it look like he wants to come be my boyfriend?
Mmm, yes. In the adult picture, he's clearly saying, "Alison, I want to be your boyfriend."

I didn't realise Christian Bale was a child actor.
I loved Punky Brewster, even though I only really saw a few episodes.

I am really enjoying these posts. ;-)

omg, I didn't know Christian Bale was the kid in that movie! Wow!!!

Christian Bales was hottest - hands down - in Little Women. The crush I had (have) on him... it's filthy.
xo

You picked the wrong "Charles in Charge" sister. Nicole Eggert is barely even making any TV anymore.

Check out the transformation of Josie Davis.

To this day I still have a crush on Soleil. =)

I looooove Soleil.... I follow her too! And I love me some Christian Bale!

I loved Charles in Charge and her name was Jamie. I liked Soleil Moon Frye in Sabrina the teenage witch, she was hot in that show.

Thanks for adding some ladies this time.

Did you ever get to read my Hey Dude review?

I am so glad that you mentioned Punky Brewster...
I LOVE her... LOL, (I have season one on dvd!)