Is There An Ugly Ben?

In first grade I had a massive crush on a little dark-haired boy named Ben. Ben was one of the smallest boys in our class, but oh-so-adorable. I invited him to my sixth birthday and he tore up my invitation right before my eyes. Now, normally that might scar a girl for life, but I pressed on. As the years passed I realized there  were very few unatractive Bens. Although my husband and I are unsure if we want kids, the one thing we do agree on is if it's a boy, his name will be Ben.

The ultimate indie rock god, Ben Gibbard from Death Cab For Cutie is just delicious. So much so, that 500 Days of Summer's Zooey Deschanel made a lifetime commitment to him on September 19, 2009 after just a year of dating! Why? She knew it was all about the Benjamins.

Honestly, I'm not even a fan of Ben Affleck. In fact, I've often thought he looked kinda douchey. I have only seen a handful of his films, but he's yummy indeed. 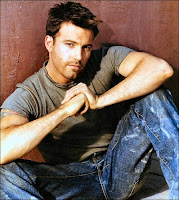 Okay, now Ben Stiller isn't exactly hot the way the other Bens are, but he's got some interesting cute, quirky qualities about him. His antics in Meet The Parents, Along Came Polly and Zoolander help make him "funny hot."

Another Ben fitting into that off-beat kinda hot category is awesome Aussie singer, Ben Lee. Ben first hit my radar when I read that he was Claire Danes beau. Although the two split up years ago, Ben remains one of my favorite musicians. 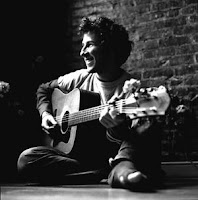 I'm not gonna lie, I only have maybe two Ben Folds albums, but there's something indie cute about the Folds minus the Five. 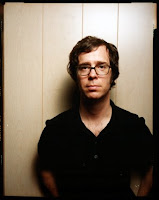 I asked my husband to name some Bens for me. He mentioned Affleck and Gibbard whom I already covered and joker that he is said, "I dunno, Ben Dover?"... A Google image search provided mostly dirty images, so here's one that's just plain stupid. 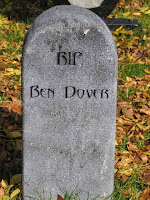 I can't say I find any of them particularly hot, but funny in a cute sort of way I guess. But no, I don't recall ever meeting an ugly Ben.

Ben doesn't do it for me (perhaps the last Ben example could, depending upon the specifics). I think it's become too overused in the Jewish world; I like more original names. I agree Affleck is douchey too. :)
Cheers,
Robyn

Haha.
There's a ben in every girls life somewhere.

hmmmmm....
no offensive Bens immediately spring to mind so I'm gonna have to agree with you.

I like the name Ben. The few guys I've met named Ben seemed like really nice, down to earth guys. It's a good name :-)

No "uncle" or "gentle" ben? I do applaud your husband's suggested B-name. Quite the eye candy.

We were going to name our boy, if we had one, Ben too! it is such a stong and competent name.

Gibbard, Lee, and Folds.
I would be happy if they all decided to be my boyfriend. Simultaneously. Forever.

A flaw in your Ben theory...Ben Stein.
I cannot find that man attractive. I don't know if anyone does.

Riot - I know, it's weird, none of these guys are esp hot to me, but the name just brings to mind cuteness.

Alison - I thought of that while I was putting this together but figured he is cute in his own way. Ha ha!

I like the name, but have known some very annoying Bens who ruined it all for me. Grrr!

I agree with Riot Kitty. I don't find any of them hot either, but they are cute.

I haven't met many Bens in my time actually. However my first crush was a boy named Preston Fields...the prissy boy name. He was funny and smart (we were in fourth grade) and everyone liked him. I have actually tried to find him before now that we have facebook and such..no luck. :[ Ohhh well.

As soon as I stop giggling over the Ben Dover gravestone...

I think this post is cute. and I totally agree with affleck. there's just something.

Totally with you on the douchey-ness of Affleck. And I love me some Ben Lee and Ben Stiller! Good choices!

Blast from the Past, I had to Google that - I don't watch Lost :( At first I thought maybe you meant the Peanuts character who ironically was my favorite growing up. Ha ha!

There is Ben the rat from the movie "Willard". Of course he had a song written for him.

I have always been a Ben Folds fan. He's super talented and pretty adorable!

They are all so cute!
xoxo
SC

Ben Folds is a cutie

Ha! That last pic is too funny. Your Ben sounds like he was a jerk, ah kids...

I gotta tell ya, I have never found a single Ben I know to be attractive.

however, my hubby's middle name is Benjamin and I think he's quite attractive so there ya go.

I got the ultimate for you. My nephew is named Ben and for the past year has been dating a girl named Benny.
I'm not joking.

Yeah! I'm so glad you wrote this post (b/c you did it a lot better than I would have!)
I had a Ben love (and love many of yours too, btw) He was a great friend and a few times w/ benefits.
Aw sweet memories. Don't tell the Hubs b/c its also on the short list for boys names.
Okay, I just realized that its a little sick to want to name a boy child after someone I used to sleep with...so nix that one!
Carry on.

I have to admit to having a crush on Ben Affleck. I'm thinking about doing a whole blog post about it.

It's kind of my secret shame.

Ben Stiller doesn't do anything for me?!

^ sorry that seemed so MEAN.... i don't have any good feelings about the man whatsoever, however i DO enjoy your blog!!! =)

There is a song by the Cramps called 'Bend over, I'll drive'! Another one for this, a very funny post

You forgot about Ben Savage!

What about Ben Vereen? That guy can dance!