So last week we went away for our one year anniversary. It wasn't like a big trip or anything, we simply flew from Newark, NJ to Tampa, Florida. The flight wasn't particularly long or especially eventful in any way. The beauty of Jet Blue (other than the blue chips) is free access to Direct TV. This made the flying time, well, fly by super fast. 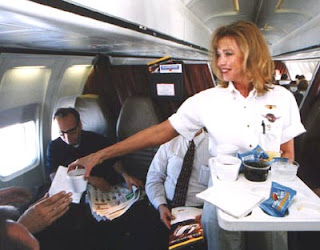 It's funny, as a kid, that flight seemed to take forever. The airlines we flew no longer exist today. Yup, gone are Eastern Airlines and TWA. I think my parents had friends who worked for Eastern Airlines and hooked us up with discounts or standby tickets at some point. We'd board in JFK and land somewhere in Florida. To us it was a far off land where they had palm trees and it never snowed. Honestly, that's a short flight, well at least it seems to be a short flight now. You're only in the air for about two hours. Two hours in kid time is like way longer.

Back in the early '80s, we obviously didn't have iPods and I think only Dad had a Walkman at that point. We'd haul our school book bags filled with crayons, coloring books, Highlights or Dynamite magazines, books and pads of paper. There was this unexplainable excitement that would break out over who got to sit nearest the window once we reached our assigned seats. 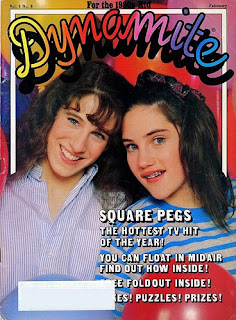 After we were settled in for a short while and the pilot turned off the "fasten seat belt" light, I'd perk up to the flight attendants (they were always pretty girls in skirts) hustling and bustling as they readied the bulky silver cart filled with refreshing beverages. I could order whatever I wanted. Would I select a sugary coke or a fruity juice? Ohhh, decisions. The snack or small lunch was always especially delicious when you're munching 30,000 feet off the ground. Cruising through clouds that looked just like white cotton candy, I felt euphoric feasting on a bag of salted nuts. 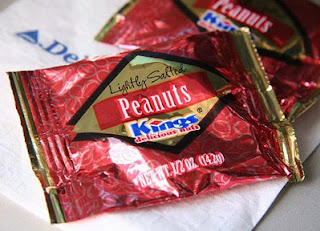 There was also something challenging and enticing about that obstacle course trek to the bathroom. Stepping over people's feet and shoving them out of the way to reach a tiny closet with a toilet and steel sink. Maybe it was the idea of peeing in the air. Where did my pee go? Did it land on someone's car window? Gasp - I could only imagine a "Number 2". Yikes! Washing my hands under a tiny faucet where the water dribbled out slower and thinner than our faucet at home was awesome. Why? I have no idea. Thing is, I think many adults MUST still have a thing for airplane bathrooms. No lie, there is a line for the restroom on every flight and it starts to build as soon as you're permitted to "roam free about the cabin." I mean, geez. It's two hours. Pee before you get on the plane, people! Once I hit high school, I learned to avoid that damn bathroom in the sky like nobody's biz.

After the two hours, we were psyched to earn our wings. Who could resist a little golden pin given to you by the flight crew or gasp, the pilot! He was the coolest. Telling us what ocean we were flying over and what the temperature was. He was the voice of the sky. Our trusted leader for two hours. He would warn us when things got a bit rocky. Mom would refer to it as "turbulence" and I'd wonder if anyone ever used those special little white bags to puke in. For some reason, I always needed to steal one as a souvenir of our flight.

Funny how flying is so mundane to me now. I'm lucky if I even bring a magazine on board when at one time I needed a backpack filled with items to pass the time. I still get excited when they pass around the beverages and snacks though. I won't lie. 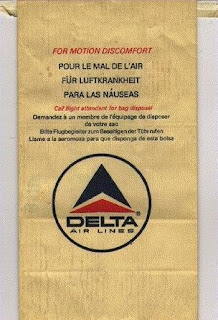 Glad you reposted! Loved reading this (never saw it the first time around since I'm a fairly new follower). Chuckled wholeheartedly at the "pee landing on someone's windshield" comment. :)

Oh, I didn't see the reposting part. I was going to "congrats!" you on a happy anniversary. Still it is a great look back at flying in the 80s. BTW...I used to think that kid on the Dynamite cover with Sarah was Jennifer Connelly. I even lost a bet about that. Live and learn.

I used to love flying...now not so much. The older I get, the more OCD I get.

Thanks for sharing your post - oh how I remember "Highlights" and Dynamite" mags.

Takes me right back to flying in to Tampa...I'm from Plant City and I remember when they re-did the Airport! It was huge!!!!!!

Dynamite!!! I love it!! You consistently find the things I have long, long forgotten about. Thanks for keeping me remembering my youth.
xo

I just thought about this topic this weekend when I was flying home. My how things have changed.

I left you something here

I loved Dynamite and was always excited to get a copy.
Congratulations on your 1 year. I didn't realize you're still newlyweds!
xoRobyn

lmao, i realize this really has nothing to do with your post, but i just LOVE little carrie bradshaw in your square pegs picture. :)

I was always scared to go into that tiny bathroom because I felt like it was outside of the actual plane once you opened that door. Isn't that dumb? I have used the bathroom on a plane once since I've gotten older, but I will never go in there again. Someone committed a #2 crime and I'm still not over it.