Well, this week is obviously '80s TV week here at FourthGradeNothing.com ... Today we're going back to 1987. Who could forget My Two Dads? This NBC favorite aired for three years and introduced us to Staci Keanan as Nicole Bradshaw. Paul Reiser and Greg Evigan were her Two Dads and teen hotties Chad Allen and Giovanni Ribisi were Nicole's two guy friends competing for her love.

The show was actually a spin-off of Night Court, another popular '80s NBC show. Nicole is reunited with her Two Dads thanks to the smoker-voiced Judge Margaret W. Wilbur (Florence Stanley). The judge also happened to own the New York City building where Nicole lived with her two dads.

Back in 1987 Staci Keanan was so cute, as were her two dads and adorable boyfriends. I thought she was the coolest. She lived in this awesome Manhattan loft, dressed in the nicest clothes, had perfect hair and perfect skin. Fans followed her as she later starred in Step By Step in 1991.

Don't remember My Two Dads? Check out the intro here: 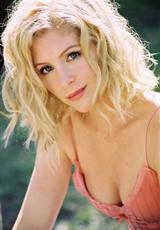 Thanks for that trip down amnesia lane...lol! I had forgotten that the bearded dad was Greg Evigan. (I always thought he disappeared after B.J. and the Bear. Apparently not.)

Now I have the song in my head!!! Loved, loved, loved that show. Wow! Staci grew up indeed. Yes, i'm a pig.

I saw her a couple years ago at a Chiller Theatre show at a table signing autographs. I only watched that show occasionally. Interesting facts - I did not know it was a spin off of Night Court which I also used to watch sometimes.

I used to lover her too and yes she is totally stunning!!! I do think she might have had her nose done though, regardless she is still beautiful!

Never knew it was a spin off of Night Court (one of my 80s faves)! I remember the episode that introduced Giovanni Ribisi, he was so small and cute back then. He always had those acting chops didn't he? He just got better with age. Great post. Thx for the memories. :)