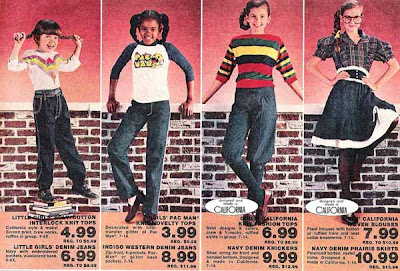 Email ThisBlogThis!Share to TwitterShare to FacebookShare to Pinterest
Labels: 1982, donky kong, ET, one day at a time, pac-man

Maybe 2011 will be the new 1982? :) Or...not. I'm from the same childhood era as you but all I remember is people everywhere with bad hair, neon clothing and too much blusher. However, TV was full of hotness. At least then. Now, looking back, not so much. Happy 2011!

I can't say 1982 was the best year for me, but it sure was interesting! Your posts always activate my memory banks!
Happy New Year Ally!

Vegetable Assassin - ick, I believe you're referring to 1984/85 bad year for fashion for sure!

Pat - Happy New Year to you and your family!

I smiled a lot while recalling these things! Happy New Year to you and yours!

You should present these findings to the supreme court and make it official. BTW...'83 was decent too, since I got Bar Mtzvah'd that year.

Also the year I was born!

I was five for most of that year but I remember Pac Man and a bunch of other stuff. Then again, I also lived in Houston, so I am happy it's 2011 :)

1982 was a great year but for different reasons:
I graduated from college and got married.

Let's see...in 1982 I was...6 so most of the coolness was beyond me still. I do think the 80s had the best toys and cartoons for kids, everything sucks now. lol And TV was awesome!

I'm with ya, sister! I was in 8th grade in 1982, met my first love (puppy love), drove tractors in the field, and had no worries. Life was grand. Magic times...

I definitely agree with you on this. I have some great memories of the early 80's. I enjoyed reading about what made 1982 special and fun for you. I hope that you have a good 2011.

although I wouldn't look good in those cuts of jeans, I love those outfits in the last picture. The girl with the skirt is the best. can't believe the prices either.

Shirts with iron on decals were the bomb...

As I thought, we're definitely the same age. Love your blog.