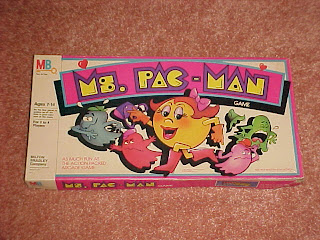 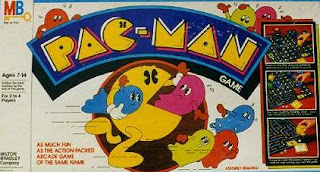 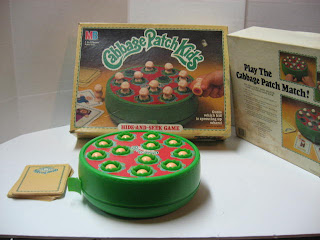 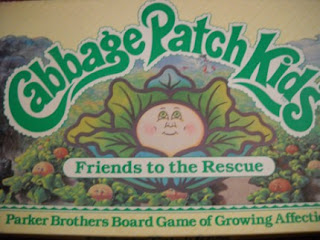 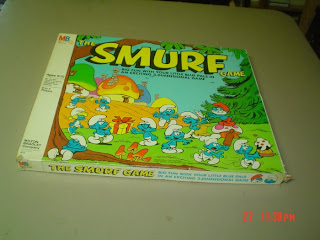 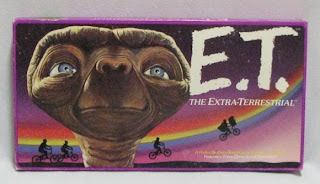 Sadly, I never did get to play the Cabbage Patch one

One of my friends had the Smurf game. I think my brother had the A-Team. It's funny that they turned everything into a board game back then cause now they're turning all the board games into movies.

We used to call them "junk" games!
Not only weren't most of them very good, I remember the boxes falling apart very quickly!

you always get my memory banks on overdrive...

I never had one of these games. What the heck was wrong with my parents? Pat is right, definite "junk" games.

Well - these were a little past my day... never played any of them.

I think that Life and Monopoly were my favorite board games. Still like to pay these.

I don't remember those games either! I do remember a game that had cards with different guys and 1 would be your "date" -Dream date or something like that? I also remember a board game that was truth or dare -mostly we played Life, Monopoly, Uno and those kind of things :)

How do I not remember any of these. I vaguely remember the cabbage patch game though.

This 90s kid still has her Polly Pocket and Treasure Trolls board games.

I still desperately want the Baby-Sitters Club board game. In case no one figured out that I love me some BSC.

I don't really remember any of these but it was fun seeing them here. Monopoly and Clue were always our favs when we were kids.

Never had any of them…we did, however have Sorry! as well as Candyland. Ioved those games.

I had the Cabbage Patch Kid board game and we would use the hide and seek one in speech class - we would have to say the kids' names after we picked them up!!

I loved that cabbage patch hide and seek game.. I would play that for hours lol!!

I had that Cabbage Patch game. My grandmother bought my brother and I our first Cabbage Patch kids. I got a little white blond girl named Lisa Ina. I can't believe I remember that. My brother got a little black boy in a pink cordouroy suit named Seth Morey!
Do you remember those clingy boards? They were a background they came with plastic characters that you could arrange however you wanted. I loved those. I wish I remember what they were called.
Your blog is awesome!
Jess

I still have my Cabbage Patch Kids board game! I hesitate to give it up because it was one of my favorite games as a kid. I have that, a Care Bears board game, and several others.