Busted Without Even Being Bad! 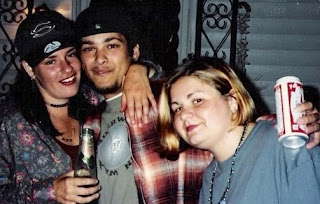 Lone beer-less blond with friends in my silly rave days

Last night, I was joking with a friend about the cops and how I've only had two freaky run-ins with them as a kid. Months ago, I blogged about how I was a very good girl throughout the first 18 years of my life. Sure, I went through a bit of a rough patch in college, but we won't talk about that since my folks think I was perfect.


Anyway, ironically - I was good but my college friends, well, they were typical kids... Here are my two big confessions that to the average kid would be viewed as nothing, a joke, who cares, but to a good girl, I was kinda scared at the time.


"Everybody out of the car, NOW! Hands up! On the car, spread 'em!" I never thought I'd ever hear those words in "real life" -- that was basically something you heard in the movies or watching an episode of Cops on a Sunday night. 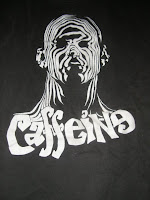 Between 1991-1993 I was way too into the Long Island club and rave scene. Not the disco type Jersey Shore clubs you see on MTV, but  "cool clubs".  Every Friday or Saturday night, we'd check out joints with names like The Angle/Hotel Leningrad (one night DJs spun new wave, another they played industrial music) or Caffeine/Voodoo (same club but one night they played Gothic music and called it Voodoo and another night they played techno/raver music and called it Caffeine). Silly, I know, but what else do you do in suburbia when you don't have money for a big night in NYC?  A round trip train pass on the LIRR, subway or cab, $12 entry into the club and $8 per 16 oz bottle of Poland Spring - NYC never served tap water! We were there to dance, not drink fancy drinks or imported beers -- they totally tried to cash in on that.

One night, totally minding our own business, we were killing time in my brand new Mazda Protege. Kids in the back seat were drinking cans of beer. I remember telling them that open canisters in my car meant I could get arrested even though we were parked. I know, big time nerd. Can't believe I even had friends. Funny because I'd tell my husband the same thing if he did that to me today. They hushed me up and quickly finished their beers. I think that night, my gal pals backed out so I was stuck with all of our guy friends, Pat, Rob, Scott and maybe Mike D. I forget.


Out of nowhere, the cops tear-ass (as my brother would say) into the parking lot. Someone managed to stuff the remaining beer cans under my seat in record time without the cop noticing. No lie, I think these cops had guns aimed at us. They didn't bother to frisk us. They didn't tell us what we were in trouble for. They just insisted we spread 'em and put our hands on the car. It was all so fast. They quickly searched the car, but not like "searched, searched" -- it was more like they were looking for something large. Something that wouldn't be hidden under a seat or in a glove compartment.


They apologized and rushed off saying my car matched the description of someone who had just stolen a TV?! What the hell?  All of that insanity. All of that craziness. For what? How would four kids in a semi-compact car fit alongside a TV? Maybe it was a scam? Maybe they did this to kids who sat in empty Deer Park parking lots trying to kill time in an effort to appear fashionably late to a club? We will never know. But my heart raced for a good hour that night. Images of my mug shot plastered in Newsday and my disappointed teacher-parents coming to pick me up all the way in Suffolk County because there was beer in my car. Ouch. I was so glad the cops didn't give us a hard time.


I will fill you in tomorrow about my second run-in. It's equally lame but somewhat entertaining.

Haha, that's great. I actually had...or did I...have a run in with the cops. Details on my spot today ;)

Ahahahaha. I like the idea that they were doing it just to mess with you :D But then it's not very funny, but it kind of is...hmm.

Anyway, my dad once took my sister and I to a 'scared straight' program at the county jail. The only thing it taught me was that jail wasn't that bad really except for it smelled and you had to stay inside all the time. Good enough reasons not to go there!

Great story. I'm so the kind of person like you who would be all, "Guys! We have to be good." I'm always afraid of getting busted even though I do nothing wrong!

Awesome. That would have scared the Bee Gees out of me.

OMG - how scary! I would have peed my pants!

You truly are a good girl! Aww adorable:)

It's like the scene from Revenge of the Nerds II when the cops nab 'em buying beer. BTW...Did you ever Rave it up in Huntington?

Copyboy- I think any kids we know from Huntington attended Long Island Lutheran. We raved in warehouses all over Suffolk. I think Lindenhurst, Babylon, Islip. Huntington was too nice. We knew this guy who lived in this HUGE house, like huge pool,huge everything - but historical I think?? etc. and they owned this immense old horse barn or something. We saw a hardcore show in that barn. Ha ha!

MCA and Ad-Rock couldn't make it? I've always wondered why buzzing one side of your head and growing the other side out was the 'rebellious' hair cut of the 90's.... Parents always seemed to hate it.... My sister-in-law sported that cut and you would have thought she had gotten a tear drop tattoo... lol

We had to watch the 'Red Asphalt' videos every year in high school and at my driving school.... As an impressionable teen, that was enough to stop me from having any kind of alcohol in the car....

I would have pooped my pants Ally! Oh my goodness.

Looking forward to the second story!