Then There Was Serena 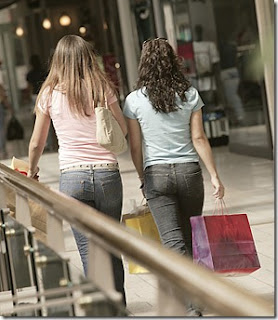 Meet Serena!
Alright, so I've filled you in on Dawn and I promise to post if I ever hear any updates about her whereabouts and whatnot. Today I will return to the friend I alluded to here and how her mom ended our friendship.

I met Serena in seventh grade. Because Catholic grammar schools span K-8, kids oftentimes entered in seventh to avoid the local "rough" junior high school in our old neighborhood. That's what happened with Serena. Her folks didn't want her to have to attend public school.

I remember her first week. She was a novelty to us as our small class of 18 kids had remained the same year after year. We were thrilled to have some "new blood." I made my grand entrance in third grade and by seventh was still somewhat considered a weird intruder. It seemed only natural for me to form an instant bond with our newest former public school escapee. 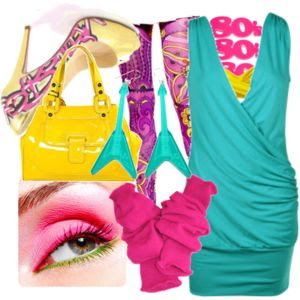 Let the Good Times Roll!
Serena explained that her folks sent her to our small school because her brother attended their local high school and witnessed a knife fight in the halls. Her parents couldn't allow her to be around that. She was bright. She was creative. She was going places.

We instantly clicked. We loved teen magazines, makeup, '80s fashions -- she had the best collection of neon colored clothing ever! We idolized music and movie stars together. We passed notes and planned sleepovers. We attended a new PG-13 movie every weekend. We had crushes -- she loved D.S. and although he was cute, I preferred D.G.

In grade 7, Serena adored Baryshnikov and Chad Lowe (Rob's brother). In grade 8, we were all about the '60s group, The Monkees. Micky was my fave while and Peter was her's. We had a bond. We shared and kept secrets. When we weren't sleeping at each other's houses, we would literally fall asleep on the phone together talking about boys, our parents, the nuns we hated, TV shows we loved and more. We spent two New Year's Eves together watching the ball drop and stuffing our faces with snacks and cola.

In the summer, we'd swim in my pool. Serena was very fair and would arrive covered in sunblock, an ornate cover-up and a floppy hat. She would relax in the shade under our Dogwood, while I would work on my summer glow. Other days, we'd hit the mall and raid cheap trendy mid '80s teen-friendly stores like G & G, Deb Shops and No Name, grab lunch in the food court and giggle at gag items at Spencers.

We graduated Catholic grammar school in 1986. I had no clue where I wanted to spend high school. Serena chose to attend a very large coed Catholic high school about twenty minutes from our hometown. At that age, I wasn't very concerned about my future. I just wanted to go off to high school with my best friend and experience boys, proms, chorus and having a real locker (instead of just a desk) like the kids on TV and in movies had -- with my BFF.

While at our new school, I made a few new friends -- I was a bit outgoing while Serena was more of an intellectual type. She was more reserved, refined and quiet. I introduced her to the new girls I met from different classes. Serena was in honors so we didn't have any classes together. Serena was focused on art programs. I was more involved in writing, so we didn't join the same clubs.

Beginning of "The End"
By late fall, Serena began to drift. I remember our last conversation. It happened over the phone. It was much like the breakup I experienced with my college boyfriend once we both graduated college. He began the break-up call saying, he was talking to Pete and Pete suggested we break up. Serena began the conversation saying that her mom thought it'd be a good idea if we stopped being friends. My heart sank.

Her mom didn't think I was a good influence on her daughter. Mind you, even though we were young (I was 13 turning 14 in November and she was 14 turning 15 in January) ... I never drank. I never smoked. I never did anything other than kiss a boy. I would never dream of doing drugs. I wasn't a bad kid. Honestly, I was just a dreamer. I loved celebrities and bands. I loved writing in my diary. I was even a teen reporter for the biggest Long Island newspaper. I wasn't a super student, but never failed or gave up. I struggled a bit as my mind sometimes wandered in math and science class. Serena's mom wanted her to focus on her schooling and mingle with fellow honor students.

School was never going to be the same without her. The new friends I met became awkward. Some went with her and some stuck it out with me. That was the very worst year of my school life. To this day, I have to say ninth grade was probably the most painful year of my teen life. It's almost as if it were a blur. I was alone in this immense school, miles from our hometown. I felt like a fool. She was the only reason I was there and now she was gone. I tried to make the most of it and befriended a boy named Don. He was cool. We talked on the phone often and I somehow survived that year. I transferred into public school and somehow made it through that as well. I never really did fit in, but at least I was over that weird, random abandonment.

Where is Serena Today?
I heard Serena moved to Connecticut. There was a sighting of her in a Danbury mall, though this was never actually confirmed. There were jokes that maybe her family was part of a witness protection program. I'm sure that's not really true.

I wonder what ever happened to Serena. I've since Googled her of course. From those free FIND SOMEONE websites, all I can see is that she is married and may still reside in the Connecticut area, but without an easy-to-detect Facebook page, I would appear stalker-like to attempt any contact.

After all this time, you may say, why bother? Why do you care? Closure. To see if I did anything that upset her that much that she had to end our friendship. I know for sure her mother loathed me. But still. At 14, who listens to their mom? So Serena, if you're out there or if someone out there reads this and knows of a tall, slim, fair-skinned Italian chick who once lived on Long Island who moved to Connecticut and her name was Serena. Tell her I'm sorry our friendship didn't weather high school. However, I am thankful of the time I did have our friendship. I'm not sure I would have survived 7th and 8th grade without her. We were a great team. Like Kate and Allie or Laverne and Shirley. We ruled!

Did you have a friend you've lost touch with whom you'd love to connect with again? Even just for a few minutes?

Email ThisBlogThis!Share to TwitterShare to FacebookShare to Pinterest
Labels: Friends

I do. My BFF, Veronica, who was with me throughout elementary school. Since we went to different middle schools, we drifted apart but re-emerged in high school. It was never the same and I'm still sad over those 3 lost middle school years.

I've been searching for years for a boy I went to elementary school with in the early 80s. I was the kid everyone made fun of in class and he was popular-all the girls had crushes on him. One day some girls were making fun of my non-Eastland brand shoes (mine were mad cooler, they had mallard ducks instead of the Eastland compass!) and this boy came over to me, put his arm around me and said to the girls "Shut up. I think she's cool and her shoes are cool. Leave her alone." I've never forgotten his kindness and now 23 years later I still look for him to thank him for sticking up for me.
On a side note, thanks for the Danbury CT shout out! That's where I live! It's a pretty sizable city, so I can't make any promises, but I'll keep an eye out for your Serena. I hope we both eventually find our old friends.

this was so touching and brought back many memories from my teen years as well...
But....the friend that I miss soooo much is one of my friends from College...her name was Janet Vargo...we were partners in crime (not literally), we laughed for hours together...she was intelligent, hilarious and someone I thought I would be friends with forever. For reasons unknown to me, after graduation we got together once...that was it...never heard from her again and have been unable to find her since.

I'd like to connect with my first year college roommate. I can find her but I haven't e-mailed or anything, because how can you catch up on 16 years?

Being a guy, the relationships when I was a kid weren't nearly as important to me as they were to girls. I've done a fair amount of facebook searching and have actually caught up with quite a few friends from my childhood.

The one person I always have want ed to find was guy named Ed Newsome that I went to grades school and Junior High with. He was cool, I was not. But - he and I were friends and that gave me a little bit of a coolness factor. I always wanted to know what happened to him. He had a rough family life and I thought he could have gone either way in life.

Boy, Serena and my sister could be the same person. They have the exact same likes. Although, my sister did go through public ed since Kindergarten and I don't think she once saw a knife fight.