Online Internet Dating | What Did We Do Before The Web? 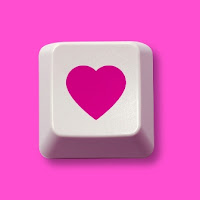 Whenever I read anniversary announcements featuring older couples, the stories about how they met are so sweet. They usually involve neighborhood dances, classmate crushes or family friend hook ups. Does this happen today? Do they even have dances anymore?


I'm not shy when it comes to admitting that I met my husband online through an Internet dating website. Although some still shy away from finding love online, I have to say I tried the bar scene, Starbucks and work. It just wasn't happening.


I moved to New Jersey seven years ago and again turned to the Internet to meet someone; only this time I was on the hunt for new gal pals. I scoured MySpace and Friendster -- obviously before the Facebook days. I made sure to explain how I moved here for my boyfriend and although he's fun to be with, I was missing gal pals. My mother-in-law wasn't really into doing dinner, coffee, shopping or manicure/pedicures.  My efforts worked and I met about five women with similar career goals and interests. Those Jersey girls remain some of my closest friends to this day.

The point of this post is to say, if it weren't for the Internet, I wouldn't be celebrating my 2nd wedding anniversary in two weeks. How did you meet your significant other? How did your parents meet?

I agree a 100% with this post. It boggles my mind how people met people & it worked before the internet. I somehow got lucky meeting my current boyfriend at a bar very early in the night before much drinking happened so I knew he really did like me enough to ask me out. My parents met at a wedding actually not on the net. My grandparents accidentally met by waiting in a line. I haven't had much luck with online dating but I'm glad you did!!

My parents met at a vegetarian camp In Maryland, and neither of them were vegetarians lol... Really.

My parents met in high school. I think they were set up on a date by mutual friends.

This very topic came up last week...my new co-worker and his wife met at a jazz festival in New Orleans - they were living in LA and Atlanta at the time. I heard their story and said, "Uh, Mr. RK and I met on craigslist."

My parents? My dad was doing some kind of year-long internship and he was the visiting pastor at her church for a year.

They did get divorced eventually...he met my stepmom at work. They were friends first.

Before the internet people used to just talk to people. Or so I'm told.

It's all about the internet baby! I met my guy on a site called Ok Cupid and it has been LOVE ever since. Thank god too because there was no way I'd ever bring home another bar freak. Yeah... I said "another"... what of it? ;)

Stopping by from Laundry Hurts My Feelings.

I met my husband online too. We've been married almost 8 whole months. :)

I met my hubby at a bowling alley where he 'bowled me over!' Yea, sick joke I know but we really did meet there. A friend of mine and I were on lane 3, Mike and his sister and BIL were on lane 4. He wouldn't leave me alone and asked for my phone number.
My parents met at a skating rink.
Oldest son met his fiance at a military dance for both the army and air force that all officers were required to attend. So there are still dances out there, on military bases, that officers have to attend....

This is what I remember:
A crudely written note saying:
Will you go out with me?

And you had to circle one. Or check the box if they were creative enought to draw a box. :)

I met my hubby online, totally by accident. I was using an online chat service (used to be called Virtual Places) and was there to talk to a friend out west.

Poof. I met my future hubby just like that. Neither of us was looking for a significant other.

We were simply interent chat buddies, and that progressed.

i need to start social networking, hmmm maybe lack of facebook is why i'm single

to be honest i dont remember my parents meeting story

I just saw stats that said 25 percent of people now meet their future spouses on line...
It's just the way things are now!

I met my wife at work. I knew her for many years before we got together...

My wife and I met because she lived around the block from me. She was always out of my league though, but I finally got up the courage to ask her out when I was 18.

I doubt we would have met on the internet. I mean, she doesn't even blog!!!

Contrats to the Internet for bringing you two together…my parents met at their work about 40 years ago. One date led to two and so on…

And then there was me.

I have a lot of friends who met their husbands on the Internet, and I think it's a wonderful way to meet your special someone without having to battle your way through the bar scene. I actually met my husband on the Light Rail, which is Denver's public train system. We struck up a conversation, and by the end of our ride we were swapping digits! That was a little over 8 years ago, and we just got married Sep. 5, 2009- the 7-year anniversary of the day we met. (I originally wanted to get married ON the Light Rail, but there were too many wedding guests to pull that off.)

My mom and dad were introduced to each other by my uncle (mom's brother) who worked with my dad at a radio station in Las Vegas. My grandma met my grandpa when he tagged along with his friend, who was the guy my grandma was actually dating at the time, when the other guy went over to her house to see her. Not sure how Gram managed to ditch the other dude and perform the elusive boyfriend-swap, but they stayed together for like 50 years so I guess it worked out!

I met Chris online and most of my friends met their signifigant others online, too. You are totally right....what did we do. Take our chances with someone we met at a club/bar? Nope. I just hit on guys I worked with. LOL.

I love this post!
I met my boyfriend on Craigslist!
That's what we tell people jokingly, but we met when I purchased a bed frame of a girl on Craigslist, and he was the 'muscle.' He came in and insisted on helping me set up, left, then 2 minutes later returned to ask me to get coffee with him. 2 days later we were 'officially' together, and have been inseparable for 8 months since.
Funny thing is, we already had a bunch of mutual friends, one of whom had been trying to get me to meet him for almost a year! Funny how these things happen!
My parents? My Dad was the 'other man' - they've been married for 35 years (since they were in college), and it wasn't until I was a teenager that I found out this little fun fact!
Rhi =]

although we have never met in person - we do know each other from your friend searches via the interwebs!!!!