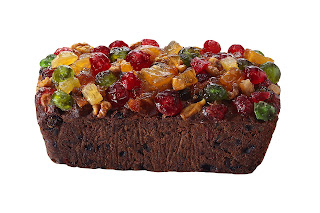 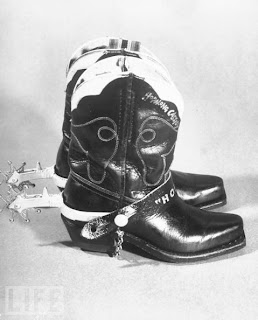 From "It's Beginning to Look a Lot Like Christmas" the line is "Hop-a-Long boots and a pistol that shoots"
What in the world are Hop-a-Long boots? Apparently these were boots worn by a guy named William Lawrence, known as Hop-A-Long Cassidy in movies and shows from the 1940s and 1950s. Kids in the 50s loved them.
From "I'll Be Home For Christmas" the line is "Please have snow and mistletoe, and presents on the tree"
Yes, you heard correctly, "on the tree" not under. Back in the days, gifts were placed atop the Christmas tree's branches although I can't find any documentation to back this up. I swear I heard it somewhere and in the movie A Christmas Story, there are presents on their tree Christmas morning.
at 9:57 AM

As a jewish guy from NY some of these lines make me even more confused. Though I do remember the 5 & 10 well. I've even been to the Woolworth's coffee shop before it closed. Glad to see you back!!!

Auld Lang Syne in the case of the song means 'old long since' or 'old time's sake.'

I grew up in a heavily Scottish community and this is how it was explained to me.

Very interesting! I love song lyrics but never really thought there was anything extra to Christmas songs. Cool to know.

umm fruitcake, without the fruit or the cake please... just the booze

I enlarged the fruitcake photo and threw up a little bit...

Everything is changing, I'm glad you are here to chronicle it for us!

I like the idea of the presents on the tree. Would make for a whole lot less decorating.

My little boy would love some hop-a-long boots! And I'd love some presents on the tree (smallish jewelry size boxes maybe?) Love your blog!

I love your post! I think it is funny how a lot of the kids these days don't know much about the origins of so many of the Christmas songs.

One of my favorite memories regarding Christmas carols and the words was back in the '70s when an episode of SNL had an Elk's club meeting where John Belushi was leading the songs... they'd start the first line loud and strong, like "Oh little town of Bethlehem..." and then they would just hum the next part because they didn't know the words. They did it for a few standard carols... it was really funny!