Several years ago while working for an advertising/pr firm, my boss would often tell me horror stories about her babysitter. To me, they weren't really all that bad, but the worst part was that she described things I think I may have done as a babysitter.

Let me first tell you that I liked this boss. She was pretty nice and we got along well, in fact I was bummed to leave the company but things weren't looking good there business-wise and for the first time ever, I was going to break up with a company before they broke up with me.

OK, back to the babysitter. She went on to tell me how she found an abundance of candy wrappers hidden in the trash can in the bathroom. She didn't really think that was cool. Why was her babysitter eating candy? Did she give it to her kids who really aren't supposed to be eating so much candy? I looked at her carefully and she had genuine concern. 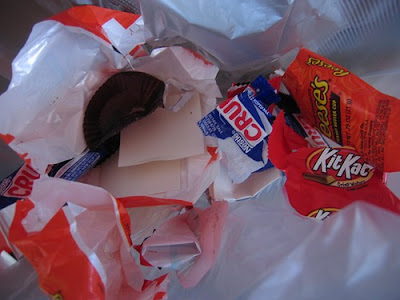 Suddenly I panicked as if I had just stepped into a souped up DeLorean heading back to the Future. It was what felt like an endless Saturday night back in 1986. With the kids fast asleep and nothing on TV, brownies and cookies called my name... What if I ate too many? Knowing me, I'm sure I did. What if the parents noticed? What if that was why certain people stopped calling on me to watch their kids? What if they thought I was giving too many sweets to their kids in addition to eating too many sweets? Ugh. At 13, was I aware that this wasn't the right thing to do? I hope so because looking back, I'm pretty freakin' embarrassed. 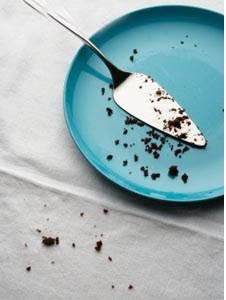 Several days passed and it seemed as if things had quieted down with my boss and her after-school babysitter. That was until she realized the high schooler had a Facebook page. The boss approached me one morning with a look of worry. We discussed how Facebook works (note this was 2006 and Facebook wasn't nearly as popular as it is today).

Her concern was that the babysitter was posting pictures of her kids - nothing naughty, just pix of them all hanging out together. Something I'm sure I would have done at that age. I quickly logged in for her and searched for the babysitter. Her page was private. The only thing a non-friend could view was a small photo of the high school kid smiling. She was pretty girl stuck in that stupid pose which consists of two rigid fingers posed in front of her face and lips puckered (what's that about anyway?). I assured her that since the girl's page was private, only her friends could really view her photos.

Lucky for me, Facebook and the internet didn't exist in my babysitting days. If so, I'll be the first to admit, I'd be playing with my BlackBerry instead of throwing myself into rousing games of Chutes 'N Ladders and Sorry! Moms today have so much more to worry about that's for sure!

A few days passed before the babysitter made yet another uncool move. Dirty dishes! Holy crap, that really hit home with me. I began to almost sweat thinking about the old days. Did I do this? Oh man, how awful. Was I a good girl who knew enough NOT to do this? What if I left a sink filled with dirty plates and forks? What if I left the milk out? What if I was sloppy? Should I try to locate the moms from the '80s and check with them? How did we end things? Did I tell them I was going to become more involved in after school activities and couldn't help them anymore? Did the kids grow old enough not to need me? Damn, I can't remember how we parted ways. 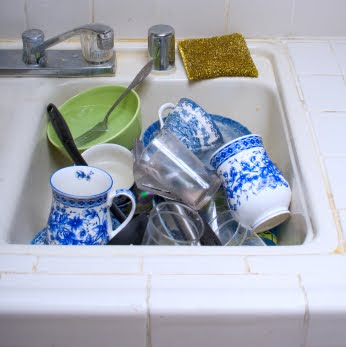 In an instant, negative paranoia dominated my thoughts to the point where I couldn't even listen anymore. I blurted out, "I hope I didn't do that! I hope I was a good babysitter! Omigawd, what if I sucked? Oh man!" The boss smiled and I think I suggested she leave a little note, "Please wash dishes and clean up after the children."
at 10:34 AM

"A few days passed before the babysitter made yet another uncool move."

Oh man, I am ROLLING.

I was the babysitter who ate all the Light N Lively yogurts.