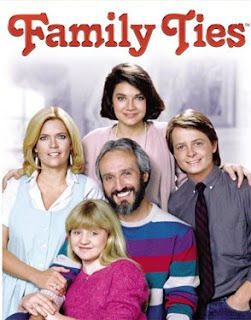 We've Moved!
If we're tight on Facebook, you know we've recently relocated from North Jersey to the Clearwater / St. Petersburg, Florida area. My hubs found a new job and I found hub. If you're unfamiliar with this amazing cable network, let me explain...
What No ID?
When I signed up for Brighthouse Networks, the cable TV carrier in our new lo-caysh, the first question I asked was, "What channel is Discovery ID?" Over the past few years, I seem to have developed an obsession for forensics and true crime.  Hot damn! It turns out Discovery ID channel is unavailable in Florida. My personal theory is it would be a bad influence on viewers. Let's face it, Florida is the "Number Six State for Crime in America." Scary, right? 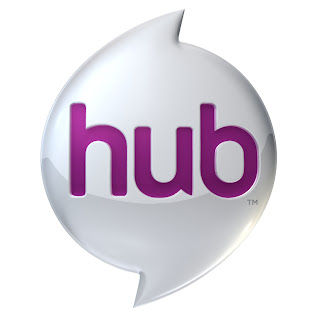 i love hub!
Last night, we stumbled upon hub. Where the hell have I been that I've never noticed this awesome 80s channel back home? We had the same cable plan in Jerz. Anyway, hub, a joint venture between Discovery and Hasbro, focuses on kids and family television programming. Hub replaced the Discovery Kids TV channel almost a year ago. Hello? I was too busy watching Discovery ID!
The hub channel was launched in October, 2010 and has an incredible line-up of evening programming for us 1980s freaks. Check out the evening schedule featuring Happy Days, Wonder Years, Doogie Howser, M.D., Family Ties and Laverne & Shirley. How awesome is that? Hoping they add Silver Spoons and Growing Pains at some point. You know how much I love my Jason Bateman and Kirk Cameron.
at 8:30 AM

YES! I recently discovered it and YAY! Good stuff!

Hey! Congrats on the move. Hope things are going well for you.

They also show movies like The Three Amigos and Muppets Take Manhattan! I'd be so sad to lose the ID channel, though.

I don't recall seeing this channel in my mind-numbing searches of the hundreds of searches on Dish.

I'll have to make a concerted effort to seek it out... sounds like a fun channel! Or is this on the web?!?

Anyway, congrats on surviving your move. We moved in October, and though it was only an 8 mile relocate, it's amazing how much work it was - we're STILL unpacking boxes!

Wow - that's quite a move!
Can't comment on the TV channel except to say I wish I could access it!

We don't get that chanel here. Congrats on the move! Talk about a huge change in surroundings...

Thanks guys! The move wasn't that bad, we sold everything we owned pretty much. Out with the old, in with the new :) Whatever didn't fit into our two vehicles stayed behind, was sold on Craigslist or given to friends.

Blast from the Past - the channel is a TV channel from Discovery. Check your local listings as they say. I had no idea we had it in NJ but apparently we did. Who knew?!

Did you say "Wonder Years"?

I love that show...I just might have to look into HUB.

Oh my gosh, I'm going to have to check to see if this is available in my area...and if it's included in my cable package. This sounds like FUN!
Thanks for the heads up.

The HUB is my new favorite channel. I recently switched to Optimum Online and now have the channel. I watch Happy days and Laverne and Shirley and of course family ties! =)

i just moved to florida and found the hub last week. oh, what a wonderful thing. i've watched my fair share of golden girls on lifetime and hallmark channel, and while i love those ladies just the same i am so glad to be back with my old friends - laverne, shirley, winnie, and kevin!

we have that channel... but i have never looked at it, now i need to ~